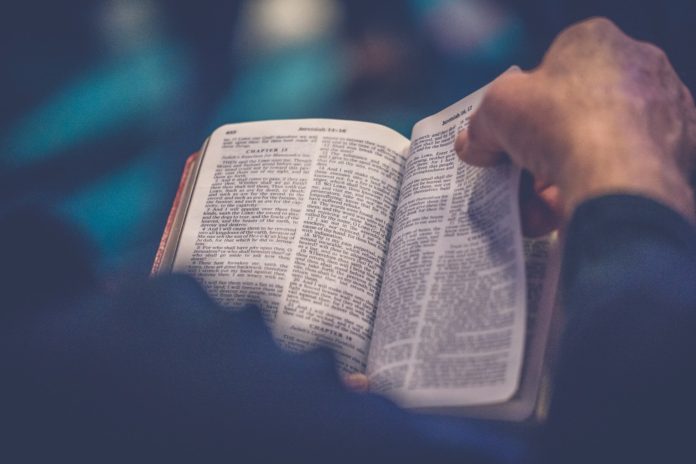 According to the United States Catholic Conference of Bishops (USCCB), there are translations of Sacred Scripture that are approved for study and private prayer.

“The 1983 Code of Canon Law entrusts to the Apostolic See and the episcopal conferences the authority to approve translations of the Sacred Scriptures in the Latin Catholic Church (c. 825, §1).  Prior to 1983, Scriptural translations could be approved by the Apostolic See or by a local ordinary within a diocese.” Source: http://www.usccb.org/bible/approved-translations

The translations listed above, and any other translation of Sacred Scripture that has:

may be used as well.

Looking for a great Catholic Bible for children? Check outer previous article titled, “The Best Catholic Children’s Bible (Illustrated).” We’ve listed our favorite Catholic Bibles for kids, and include where to get them.

What is the English Translation of Tantum Ergo Sacramentum?